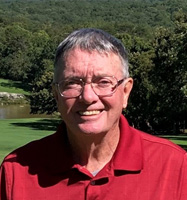 Dan O’Reilly spent most of his life just outside Detroit in Troy, Michigan where he had a successful career in divisional sales for Kmart. A little over 7 years ago, he and his wife decided to retire to scenic Crossville, Tennessee where Dan could enjoy golfing in the beautiful Fairfield Glade community.

A few months ago, Dan began experiencing bouts of dizziness and difficulty swallowing. It wasn’t until he had several occurrences falling that he knew he needed to seek help. When he entered the Cumberland Medical Center, they immediately identified his stroke. The medical team reached out to Ft. Sanders Regional Medical Center and Dan was transported immediately via helicopter.

Dr. Keith Woodward, neuro-interventional radiologist with Vista Radiology, was able to immediately recognize the problem and prepare the team for his arrival from Crossville.

While Mr. O’Reilly was being transported via helicopter, his wife followed by car to meet him at the hospital in Knoxville. He recalled the experience happening rather fast and before he knew it, he was on the operating table. “I saw Dr. Woodward going into my arteries on a TV monitor in the room. What looked like pointers going into my brain were actually his moving into my arteries to clean out the blockage,” he described. Mr. O’Reilly didn’t experience any pain and was able to return home five days following his procedure.

When Dan visited Dr. Woodward during a follow up appointment, he showed him footage from the operation and pointed out all of the areas that were blocked. “I looked at Dr. Woodward and I told him, ‘You are a miracle worker.”

Dan has returned to many of his favorite retirement pastimes including working in his yard, gardening, and golfing! 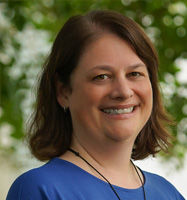 Originally from Minneapolis, Minnesota, Margaret was the eldest of three children. She enjoyed figure skating and cheerleading for the area hockey team. Margaret admitted that she didn’t intend to become a doctor. She wanted to major in Physics and was drawn to science. She choose Smith College, in part, to be near her grandmother who had survived cervical, breast, and lung cancers but was fighting kidney cancer. Margaret’s grandmother succumbed to her battle just after she graduated from college. Her desire to help others, like her grandmother, through health crises became clearer.

During her junior and senior year, she stumbled into a job. The position was located in Cincinnati, Ohio working for a quadriplegic radiologist who specialized in breast and emergency imaging. Margaret was the hands and feet for the doctor for 13 months. It was just enough time to get a taste of what she knew she wanted to do. Afterwards, she applied to medical school in Cincinnati.

When asked why Dr. Brown chose women’s imaging, she shared, “I love many aspects of the field of radiology. Many radiologists do not have patient interaction, but women’s imaging is different. I talk to patients all day. I am able to reassure them about the things they are worried about.” She continued, “Finding out you have breast cancer is frightening, but together we can make it a less horrible experience. That is the goal of everyone in our practice.”

As she reflected about her grandmother’s breast cancer and her work with the quadriplegic radiologist, she explained how helping women through breast cancer diagnosis and treatment became her passion.

Dr. Brown shared that the biggest challenge she faces in her role is the desire to never make a mistake. “You want to catch everything as early as possible. Helping someone through something so scary while being a calm and helpful resource can be very challenging,” she reflected.

“I chose Vista Radiology because they are one of the few larger groups that embraces sub specialists and recognizes that there is space for all different types of radiologists. “Everyone works together for the best patient experience,” she continued.

Dr. Brown’s family is her cornerstone. She loves spending time with her two daughters while enjoying meals or adventures on their sailboat. You might spot her at the Friday night high school football game where she volunteers in the marching band concession stand or at local girl scout events. When she’s not walking her two dogs, she’s curled up with one of her favorite books. 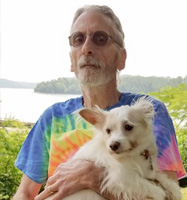 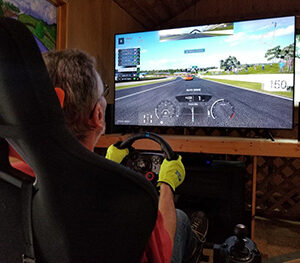 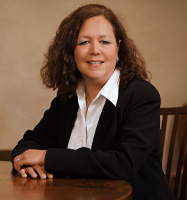 Knoxville native, Kristiana Hollow, joins Vista Radiology, PC as the new Revenue Cycle Manager. With over 27 years of healthcare consulting experience, Kristiana brings a passion for practice management to Vista’s business operations team. A love for teaching led Kristiana to Pellissippi State Community College where she taught a wide array of Health Administration courses. Kristiana was called upon by a variety of clients over the years to aid in setting up physician owned practices, and admits she likes the challenge of identifying problems and recommending practical solutions. In her spare time, Kristiana enjoys running, reading, and volunteering as an ELL teacher for Access Cultural Diversity. 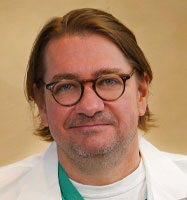 Keith Woodward was born and raised in Tennessee. He grew up in Memphis where he obtained an undergraduate degree in Electrical Engineering at Vanderbilt University. Choosing the medical field was an easy choice for Dr. Woodward. He wanted to be hands-on in helping others as well as play a role in advancing the field of medicine. Dr. Woodward was the first member of his family to become a doctor since his great-great-grandfather, who was a Confederate surgeon during the Civil War.

As a doctor with an interest in electrical engineering, the field of neuro-interventional radiology made perfect sense to Dr. Woodward. “Using advanced imaging to navigate to areas in the brain in order to help someone, gives me an incredible sense of accomplishment,” he shared.

When asked how specific technology advancements have impacted his role, he explained, “The ability to combine advanced imaging, artificial intelligence (AI), and robotics to fight strokes has made me a better physician and provided better outcomes for many stroke patients.”

Dr. Woodward admits that one of his greatest challenges is helping families understand that they must act quickly to get a stroke patient to the hospital; otherwise, he cannot help them. “Strokes usually do not hurt or cause pain. In fact, a patient may even be unaware they are having a stroke,” he explained. He feels frustration, at times, that he is unable to improve a patient outcome because they did not seek help in time. A five minute neuro-interventional procedure can literally save a person’s life if medical care is sought quickly.

When asked why he chose to join Vista Radiology, Dr. Woodward shared, “Vista has always been on the leading edge of radiology as the first to provide stroke care in Knoxville and the first to embrace new technologies in stroke diagnosis.”

In his spare time, Dr. Woodward participates in stroke research and has been featured in several medical and news publications.